Once people find out what I do, they always ask me the same question – “Why do you distill whiskey?” Simply stated, I love whiskey. I go way back with whiskey. I first drank whiskey when I was in high school, and that story is next. And my first exposure to “homemade” whiskey was in college. If you want to know all about my long relationship with whiskey…read on.

My relationship with whiskey began when I was 18 years old. I grew up in New Jersey and had a tight group of good high school friends. We loved to go to bars in Greenwood Lake, New York, which was a 45 minute drive. And the reason we drove to New York to go to bars is simple. New York had a drinking age of 18, while New Jersey was 21. We went to Greenwood Lake, a New York City summertime bedroom community that was surrounded by bars that catered to the young NJ drinking crowd who routinely drove across state lines to imbibe in their favorite alcoholic beverage. The only problem we had was the high cost of the cover charge and the cost of drinks, both of which were extremely high on high school wages (mine came from being a busboy at the Lake Mohawk Country Club and delivering flowers for Redshaws Flower Shop). You had to watch your consumption rate due to the NY and NJ police that were keeping close tabs on us barely legal drinkers. 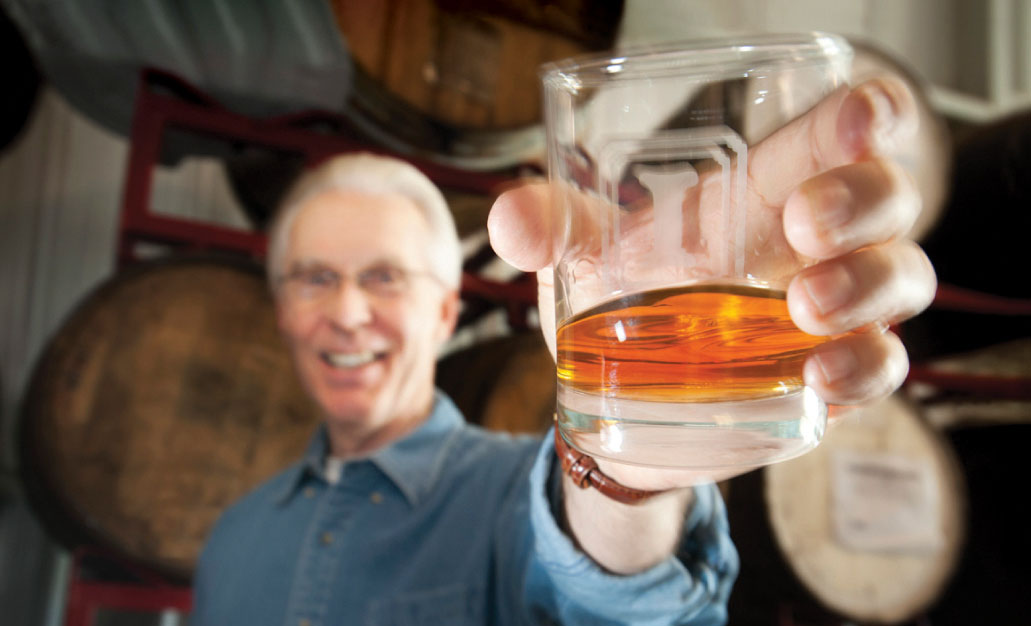 We always had a pact to pick the designated driver – who, even though we didn’t require the DD not to drink anything, had to have much less to drink than the rest of the people we had crammed into one car. More often than not,I was the designated driver since I was trying to be responsible. So, I would limit myself to one drink. And I chose to drink whiskey – neat.

My reason? All drinks were expensive, so why not pick something that you had to sip to enjoy, and you could stretch one drink out over an hour or more.It was those long hours of watching my friends drink beer (in excess) that I started to develop my taste for whiskey. I always drank it either neat or on the rocks – because I wanted to develop and appreciate its complicated flavors. Thus, my love for smooth, yet robustly flavored whiskey, to be savored neat or on the rocks. To me, that is what whiskey is all about.

My first taste of “homemade” whiskey…

As I stated earlier, I was first introduced to homemade whiskey back when I was in college at Virginia Tech. The Engineering Department shop mechanics always had connections and samples available to us annoying, undergraduate engineer wannabes. Distilled out near Pearisburg, our shop guys raved about the quality of these spirits and how the distillers made it only for themselves, and a few close friends. I was lucky enough to taste these products, but was never given any to take back to my house.

My brother-in-law’s father was a doctor in Bluefield, WV, about 60 miles away from Tech. At times, when his patients were unable to pay him cash for his services, they paid him in whiskey. He was kind enough to give me samples of these to enjoy. So, I was fascinated by whiskey since these times.

Why I decided to distill Irons ONE…

My relationship with whiskey is now over 40 years old, but my idea of opening a distillery is only a few years old. I had talked to a number of friends who were equally interested in distilling, but no one was interested in spending the money and time to be properly licensed by the federal, state and county/city governments. So, I decided to go it alone.For the past several years, I have been working very hard to open Irons Distillery. It has been a long and difficult process, and it is expensive. Regardless, my love of whiskey, and my sincere desire to be able to offer a superior bourbon, and bourbon mash whiskey, to my friends and our community, will be well worth all of the effort. 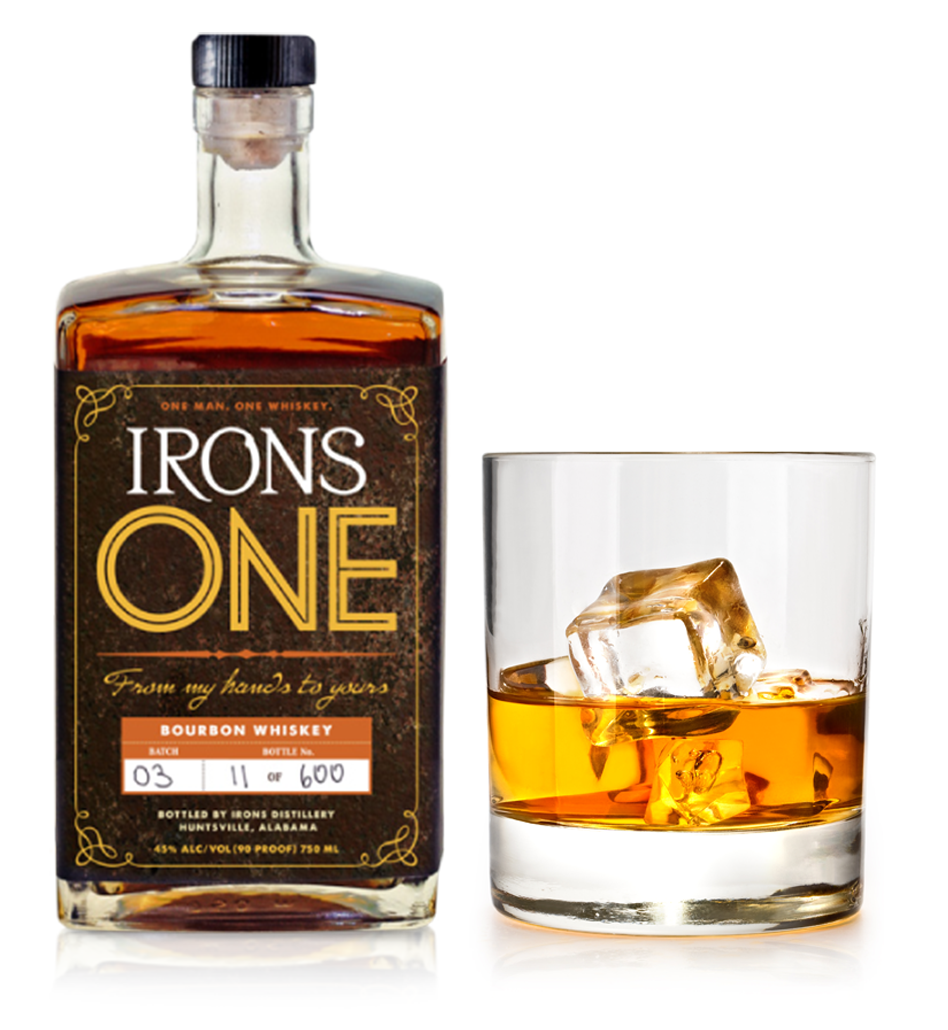 I have made some great friends, and met some fascinating people with whom I have worked closely to make my dream a reality. Plus, I have gotten great support from our local community. Everyone is excited to have a local distillery they can call their own.

During the start up phase, I have talked with a lot of distillers, tasted a lot of whiskey and traveled many miles for tours/tastings. I have learned a great deal, and I have seen a lot of similarities and some differences. And I want to share my observations.

All, and yes, I mean all, of the small craft distillers that I have observed, have had to grow to meet market demands (which is a good thing), but a number of these folks have forgotten how they got started – small, hand tending their product, taking their time and producing a superior product. Some of these people are trying to sell as much of their product as they can in as short a period as possible. That being said, I want to make my point about being on the beginning of a new business boom. Many of these new craft distilleries are skipping over the steps crucial to ensure a top quality product. Others, have already been sold to the big whiskey producers – who are trying to enter the craft market, by buying many small distillers. The big boys come in and take over their operations. They keep the small business label, feel and mystique. But they compromise the true art of craft whiskey. I am not going to do that.

I love making whiskey. From mashing, to fermenting, to distilling, to aging and bottling – I love this process. My goal is simple – provide the finest whiskey that I can make for our local community and those who will travel to get Irons ONE. I want my customers to enjoy my whiskey and drink it with pride.

The only way I know how to make the best whiskey is to be totally involved in every step of the process. I can only do that if I stay at a small enough in size to manage each step. That is what I plan to do – stay small and stay involved. So, if the market demands my product, I will respond to the demand with increasing production. But, I will not become a large distillery – I will stay true to my roots. Small, hand-crafted whiskey.